With a global fleet of more than 900 VIP/corporate helicopters, Leonardo’s executive aircraft are popular among private, charter and scheduled services operators in this market

A global fleet of more than 900 VIP/corporate helicopters, over 35% of which are based in Europe (the world’s largest commercial helicopter market) and 13% flying in UK and Ireland: it is clear Leonardo’s executive aircraft are popular among private, charter and scheduled services operators in this market. Leonardo has a long-established presence as the number one manufacturer of multi-engine VIP helicopters in this sphere. A success dating back many years, which was emphasised through the launch of the partnership with local company Sloane Helicopters in 1995, which became the sole distributor of Leonardo VIP/corporate helicopter in the UK and Ireland. Under this collaboration, more than 90 Leonardo commercial helicopters have been delivered to operators and private users in the UK and Ireland. By summer 2023, an additional ten aircraft will have been supplied to the region.

In 2021, Sloane celebrated its 50th anniversary, the longest-established privately-owned helicopter company delivering sales, engineering, operations, training in UK and Ireland, with four bases and a fifth one added this year. In addition to emergency medical services, Sloane has been supporting charter services, facilitating the 32 (the Royal) Squadron and, more recently, it reintroduced the Isles of Scilly scheduled service, flying from Penzance direct to Tresco and St Mary’s utilising a world market champion the AW139 intermediate twin engine helicopter, delivering socio-economic benefits to the Isles and West Cornwall as the area rebuilds tourism industry. Interestingly, Sloane was founded in 1971, the year when the Agusta A109 performed its maiden flight in Italy. The highly acclaimed light twin series is still praised by operators in the UK and Sloane is among the global players who know the type best. The aircraft’s top and still unmatched speed, beautiful shape, outstanding handling are extensively recognised and were to become distinguished features somehow redefining the idea of executive transport. The following success of the AW139 and AW169 leveraged the A109’s reputation, adding more specific characteristics to meet a variety of evolving market requirements. The new Agusta VIP brand was introduced to bring into the future all of those established distinct capabilities and characteristics which make executive flights on Leonardo’s helicopters a one-of-a-kind experience for performance, technology and style with new services and solutions. The brand will undoubtedly need to take into account the specific British and Irish market landscape and end-users’ high expectations.

John Parnell, Sales Director at Sloane Helicopters, noted that the VIP/corporate helicopter market has evolved significantly over the last three decades. The market for corporate twin-engine helicopters in the UK and Ireland continues to grow rapidly. This is a result of new technologies and capabilities, which have emerged. This is also in addition to the changing use of helicopters in this sphere; for leisure and pleasure to business and time-saving purposes. This is what makes the region one of the largest markets in Europe, and this is why Sloane Helicopters is well-placed as Leonardo Helicopters’ sole distributor in this geography. “Leonardo is the worldwide market leader in the corporate/VIP segment. In the UK and Ireland, the company has over 75% market share – the helicopters are seen as the benchmark in terms of safety, performance and comfort and aesthetics,” confirmed John.

The region’s geography and changeable climate requires aircraft which have leading performance and technology characteristics. The Agusta-branded products are well-suited to this environment. In each aircraft class, the aircraft lead in speed, performance, technology, and safety standards. John commented further: “Sloane is excited by the launch of the Agusta brand in the region – it’s a strong, identifiable brand which builds on the iconic heritage of Leonardo. We see the Agusta brand as embodying excellence, quality and the highest craftsmanship. Customers will be closely involved in customising the helicopters using the finest materials, and they’ll be presented with many options – making them the most desirable VIP helicopters.” The Agusta brand will offer customers bespoke new services to ensure that they are closely supported not only when they select their helicopter but throughout their ownership. He added, “The Agusta brand will further strengthen and develop this position. It will support and make helicopter ownership easier. It will welcome customers and assure them that Agusta represents excellence.” 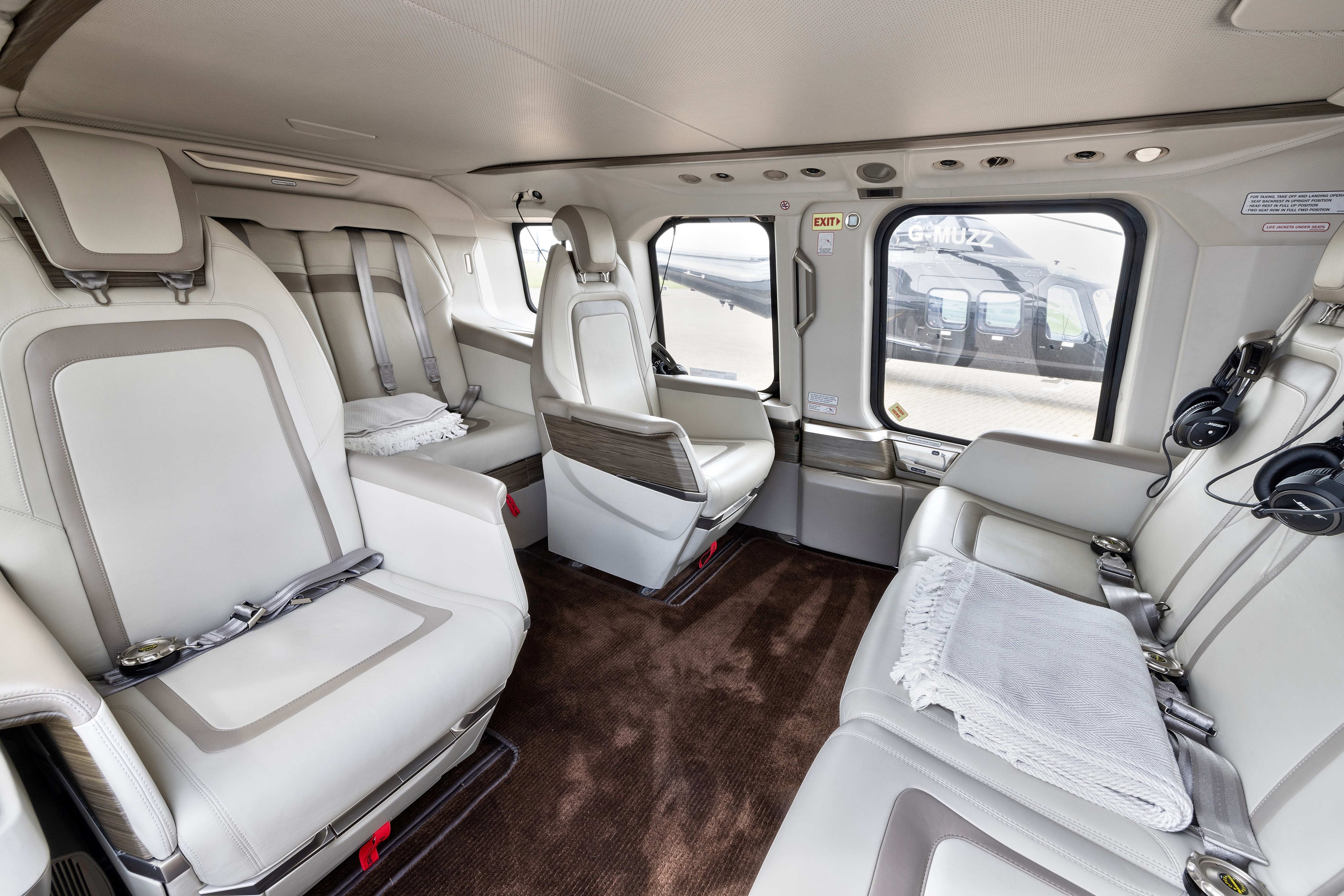 News
Helicopters
EBACE 2022: new interior solutions and services expand the range of possibilities for VIP helicopters under the Agusta brand
News
Helicopters
Leonardo celebrates first ten years of the AW169 in the skies with it redefining the light-intermediate market with best performance, advanced capabilities, and latest technology
News
Helicopters | Sustainability
Leonardo GrandNew helicopter and Doctor Heli – A decade of lifesaving from the skies